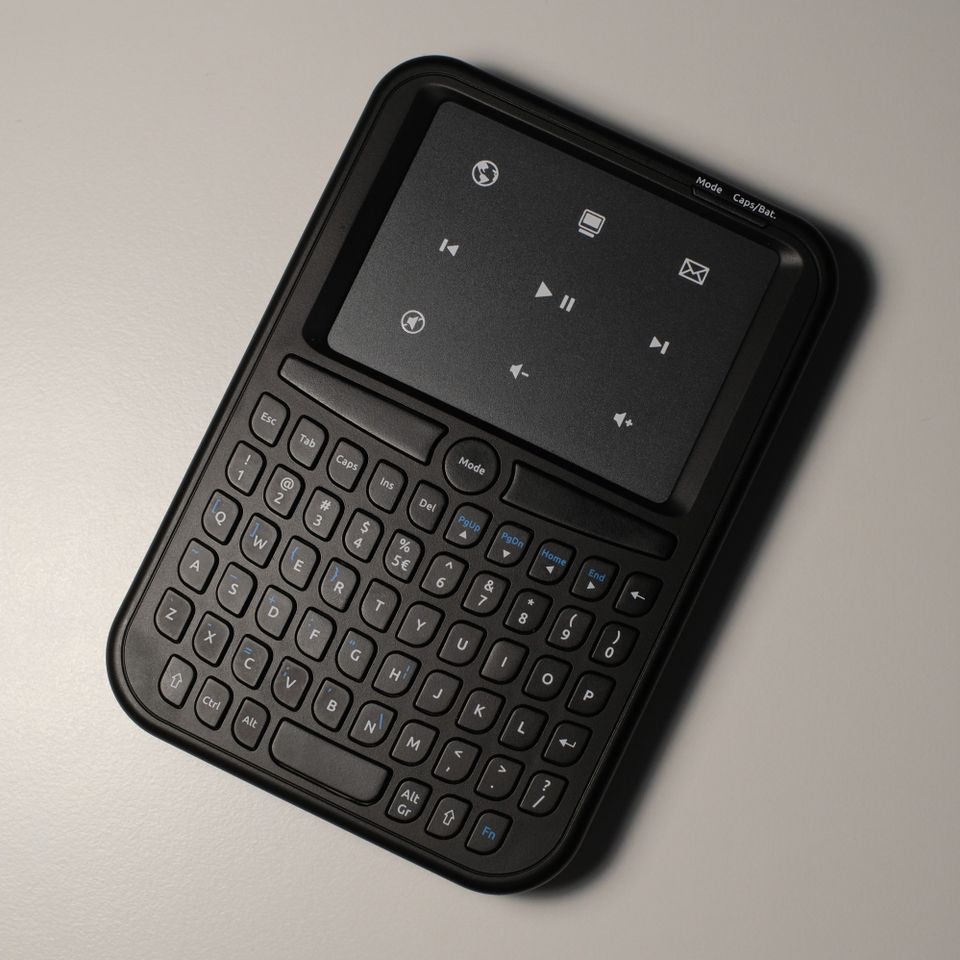 In light of my unhealthy tendency to make rash decision, especially when it comes to gadget or anything technology-adjacent, I guess I might as well get the most out of it, and actually write down if those gadgets are worth it or not :shrug:

What did I get?

The gadget in review today is the "Trust - Handheld wireless keyboard with touchpad", it cost me 21EUR (w/ shipping), from one of the sketchy-est eBay listing I have seen.

Thankfully I do received the correct item, although it might be return product or something, since the package has clearly been opened before, especially the wrapping around the 2 included AAA batteries.

Why I bought it?

In the last few weeks, I have been using my PC in my living room more and more, and it would definitely be nice to be able to do some simple navigation without the need to find some surface to use my mouse.

And while there are a lot of different kinds of couch-friendly wireless keyboard on the market, you got to admit this does really stands out from the crowd, plus it's also slightly nostalgic for me. I never used BlackBerry or old school Palm devices, but I did have a cheap feature phone from alcatel with QWERTY keyboard for like 2 months (when it got stolen 😢).

Ergonomic wise, it's not great, but also not terrible. Using the keyboard is great, cause it just feels like holding a phone; but using the trackpad is pretty annoying, you pretty much is forced to use 1 hand to hold it, and the other to use the trackpad. Thankfully it's not really suppose to be use hours on end or anything, it's an annoyance that I can shrug it off (emoji here)

Layout is one of the bigger issue I have with this, since it moves most of the non-character keys to the top, and that breaks any mental model of what typical keyboard layout it. The worst example is 100% for sure the god damn arrow keys. Lay it out horizontally!? Really!?

And the biggest issue I have with it is definitely the touchpad, but it is also the move forgivable, because it's not until a few years ago that touchpad has become somewhat acceptable on Windows, so it's just another dime a dozen (emoji)

Is it a good purchase?

While I don't have hands-on experience with other tiny couch keyboards, given that it's in the same price range, while not having anything too deal breaking, I'd say it's a good purchase for my own use case. And if you are interested, you can try to search for "Trust 17930" in the shopping sites that is available in your region. From what I can tell, it has been discontinued for years, so your mileage definitely varies.